Preview Mode Links will not work in preview mode

Welcome to the first ever Bikes or Death Awards! It has been a challenging year for everyone, but through it all BoD has continued to share uplifting and inspirational stories from the cycling community. The truth is that every guest is a winner in our books. It is the collective commonality of bicycles that brings us together, but it is the uniqueness of each individual that makes this community so great. So while these awards aren't to diminish anyones story, it is an opportunity to reflect on some of our favorites from 2020. A heartfelt thank you to everyone who was willing to share their story with the BoD fam. So without further ado....drum roll please!!!!

Top 3 episodes in 2020 that received the most downloads in the first 30 days. 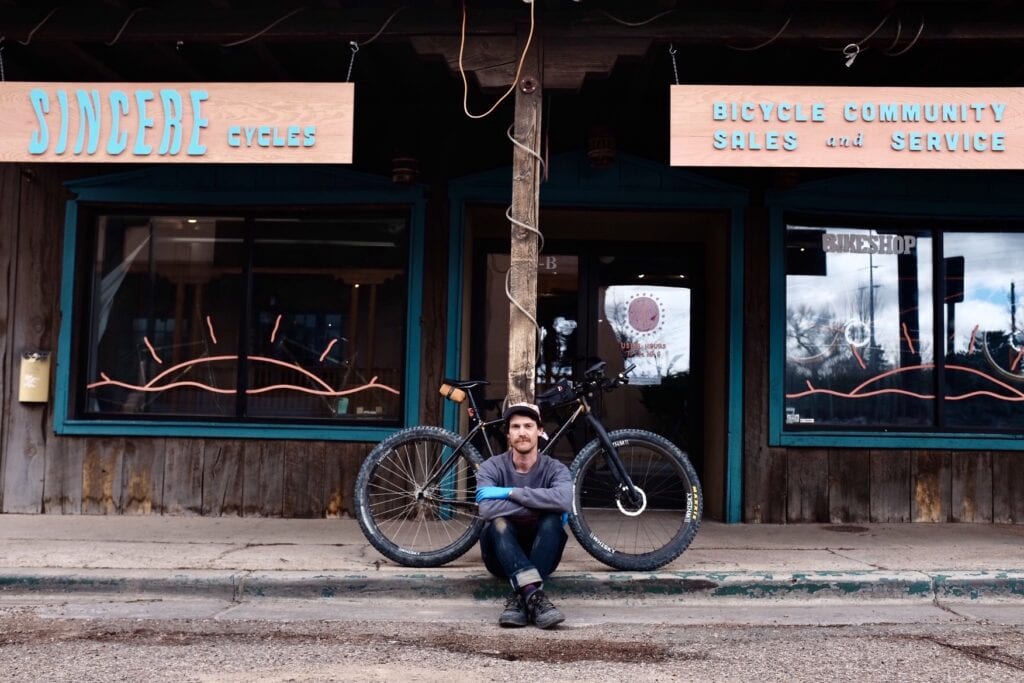 I got to meet up with Bailey Newbrey in his new-ish shop, Sincere Cycles, in Santa Fe, NM. Bailey made a some noise in 2018 when he finished the Tour Divide in second place overall on a Singlespeed! We chat a lot about his 2016 and 2018 Tour Divide runs and his reasoning behind running SS. He also makes some bold predictions towards the end of the podcast that is worth sticking around for. You can revisit this episode here. 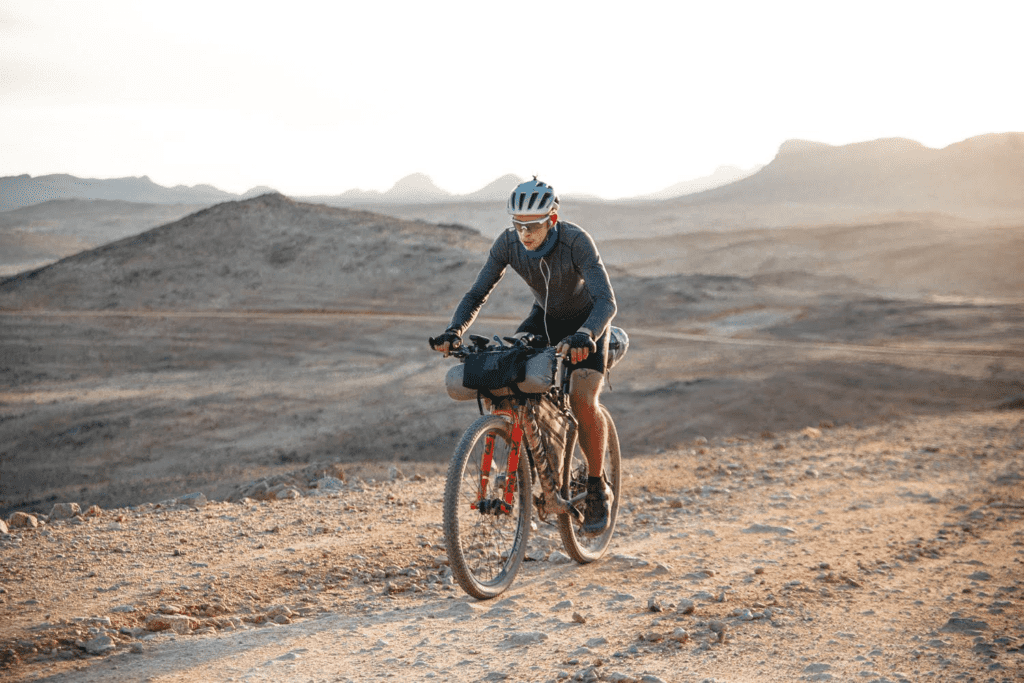 James Mark Hayden came on the ultra endurance bike racing scene in 2015. Since then he’s been putting down some incredible performances, winning the Transcontinental Race twice, shared 1st place at the Italy divide, getting 4th at Silk Road even though he was robbed by men on horses during the race, and most recently he finished 2nd at Atlas Mountain Race to Sofiane who came in only 4 hours earlier. You can revisit this episode here. 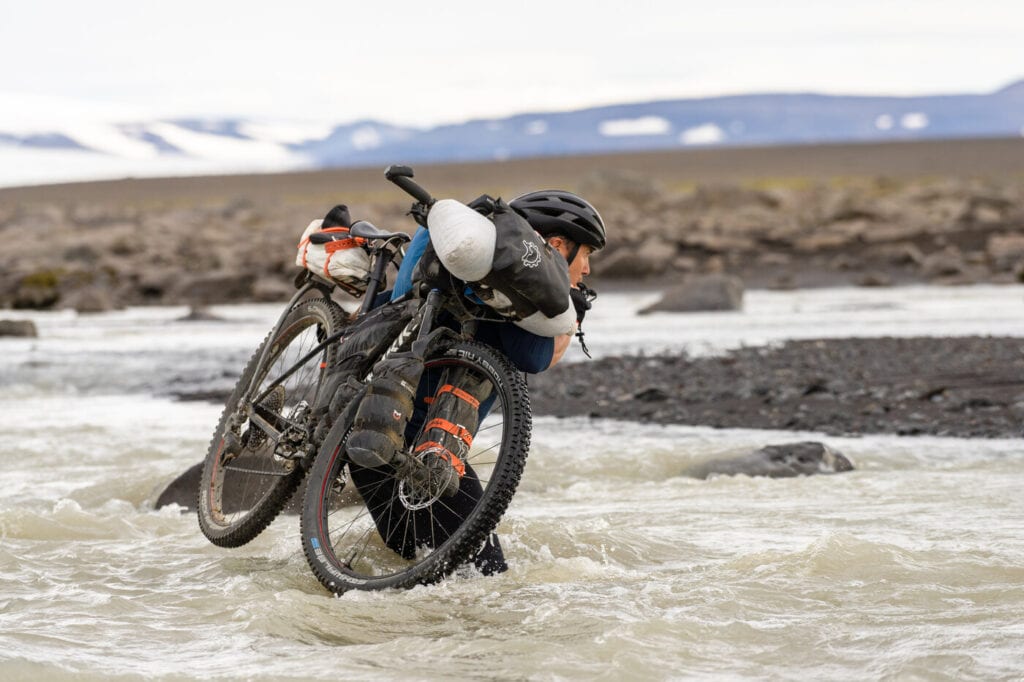 Chris Burkard has become a personal source of inspiration for me and it was an honor to have him back on the podcast. He was first on way back at Episode 17 to tell us about his WOW Cyclothon Record that he set in 2019. That episode really fired me up and motivated me to push myself in more ways than just on the bike. How can revisit this episode here.

We asked YOU to vote for your favorite podcast of the year and a runner-up, and boy was it close!! There was a total of 31 episodes, 44 hours, and 2,634 minutes of content for you to choose from, which made your job more difficult. However, after counting, recounting, and making sure there was no election fraud, the BoD Voting Committee is ready to reveal the Listeners Choice Award for 2020: 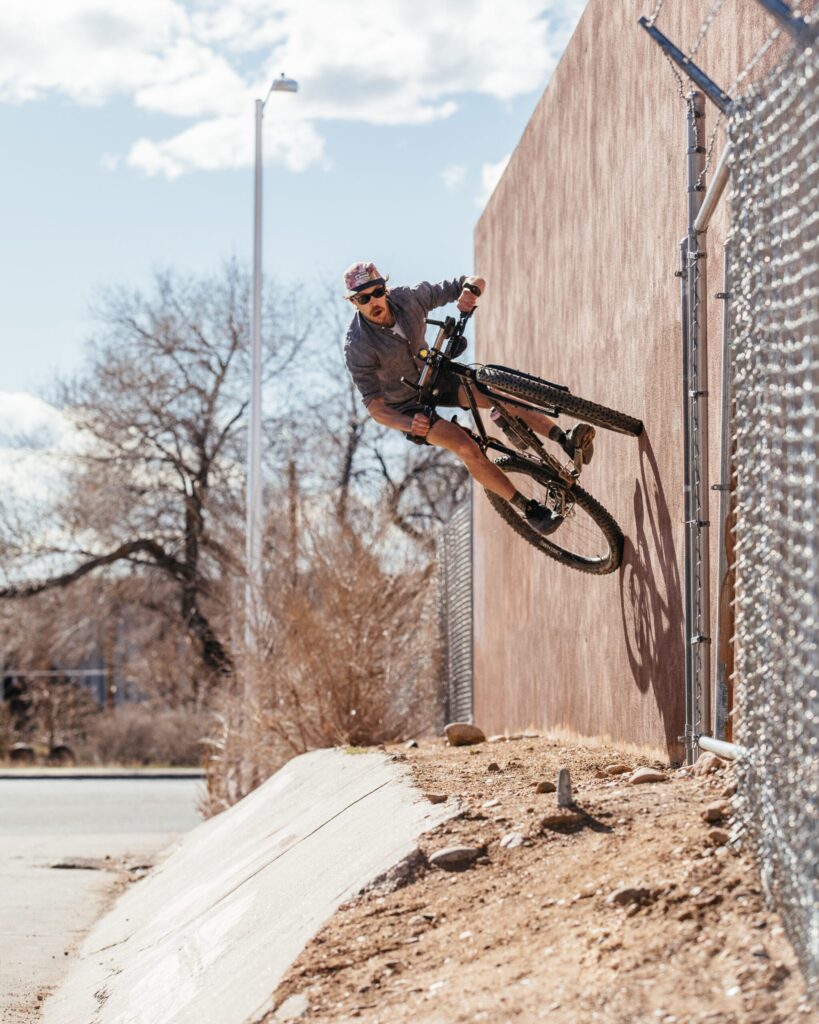 You VOTED, we heard you! Patrick's interview with Bailey swept both categories By The Numbers and Listeners Choice.

I followed up with Bailey with some questions since our last chat. Check out that that q&a below.

This was such a tight race, it's worth mentioning that these two episodes both were only one vote shy of sharing first with Bailey.

Katie and Andrew became the first people to Yo-Yo the Colorado Trail, they did it on Singlespeed's!!!

You can revisit this episode here.

Jerod has a stacked resume in the outdoor industry, but he's also a Husband and Father. It was awesome to hear from him about balancing an adventurous career and lifestyle with his home life.

You can revisit this episode here. 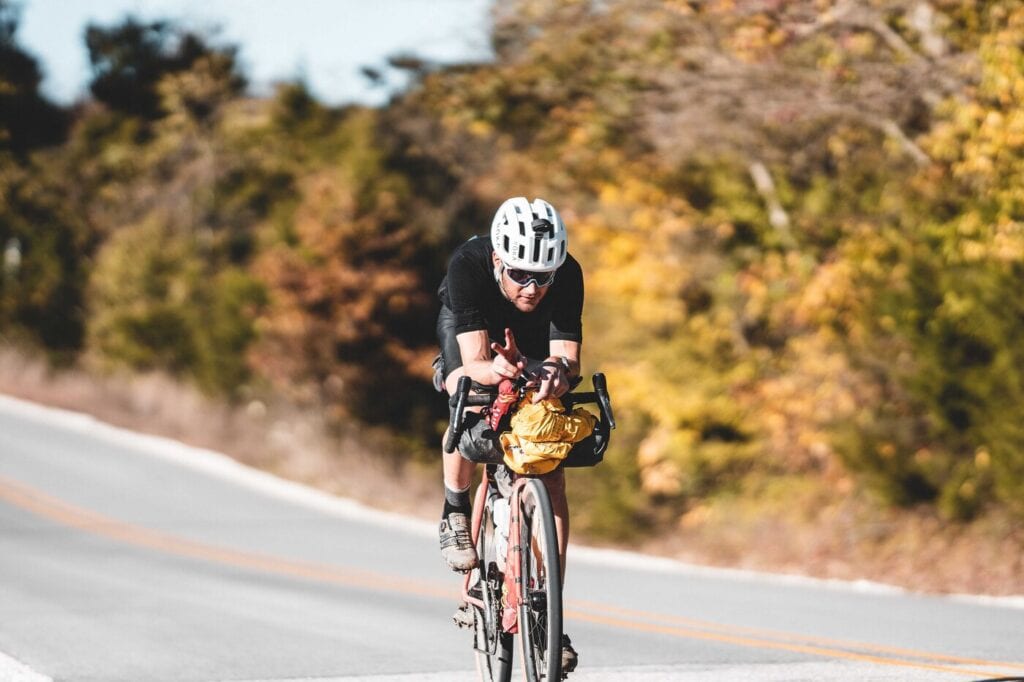 Ted King is no stranger to cycling. He started his pro road cycling tour in 2006 and had a 10 year career before entering the gravel world where he won the DK200 in 2016 and 17. However, he had never even attempted a bikepacking race before this past Oct. when he lined up at the start of the Arkansas High Country Race. No one could know how his experience and successes in other disciplines would transition to ultra endurance bike racing. Like many of you I was glued to the dots as they charged the course. A local, Andrew Onermaa, kept the race very close for the first 700 miles, but ultimately Ted was able to finish in first and get a new FKT at the same time. In a year with limited racing, this has got to be one of the greatest storylines of the year. It was an honor to have Ted on the podcast and will be looking forward to seeing what he does going forward. Listen again!

Again, this was another very close one! We had two episodes that were one vote away from sharing first with Mr. King and we wanted to give them their 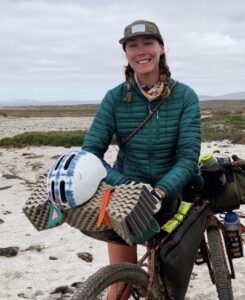 Pepper Cook is a legend in the bikepacking and touring community. She’s known for her witty puns, quirky humour, and almost a decade of epic solo bike trips. It was an honor to have her on the show and like you, I really enjoyed this episode. Listen again! 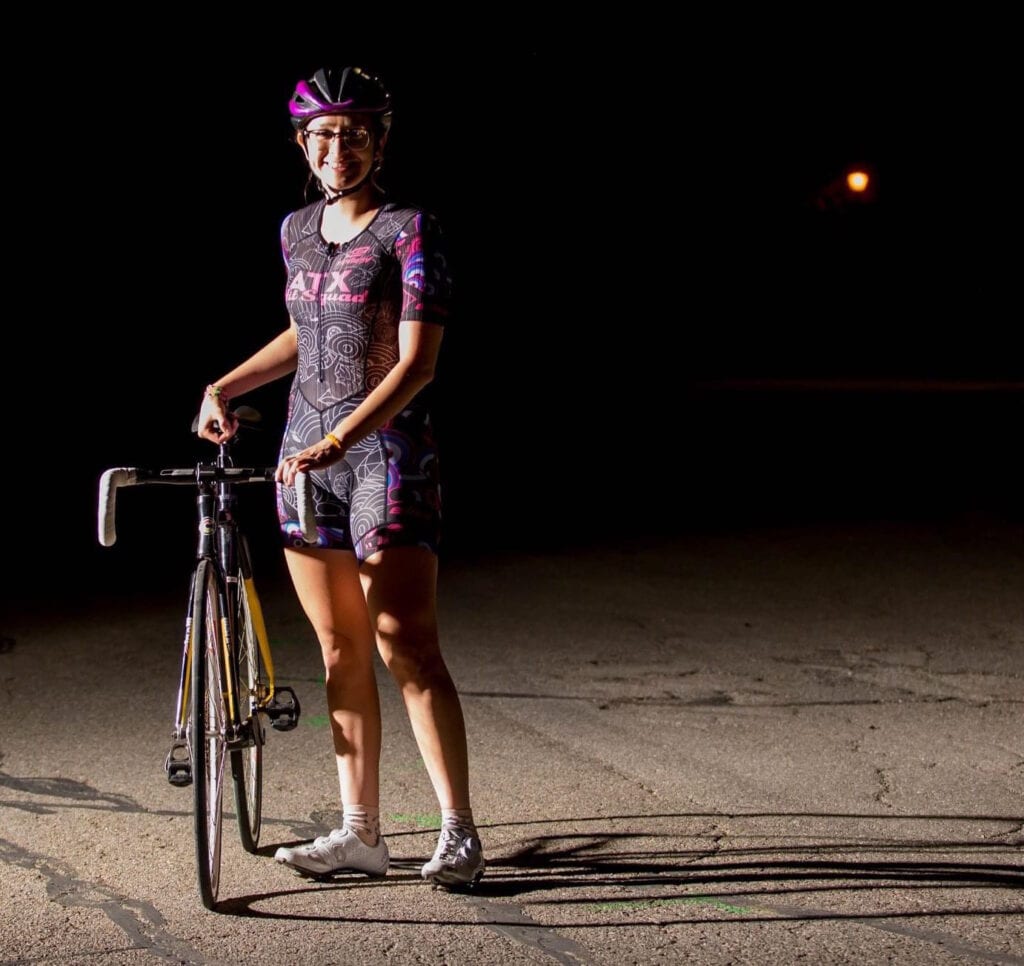 Cinthia Pedraza calls Austin, Texas home. Some recent experiences in her hometown led her to write an article titled “Bike Racing, White Privilege, and the Coronavirus” that was published on The Radavist. Her story obviously resonated with many of you and I appreciate her coming on the podcast. Listen again!

BoD Product of the year

This year we released some new items in the webstore. BoD merch is a fun way to make a little cheddar to support the show and give you rad ways to show your support. 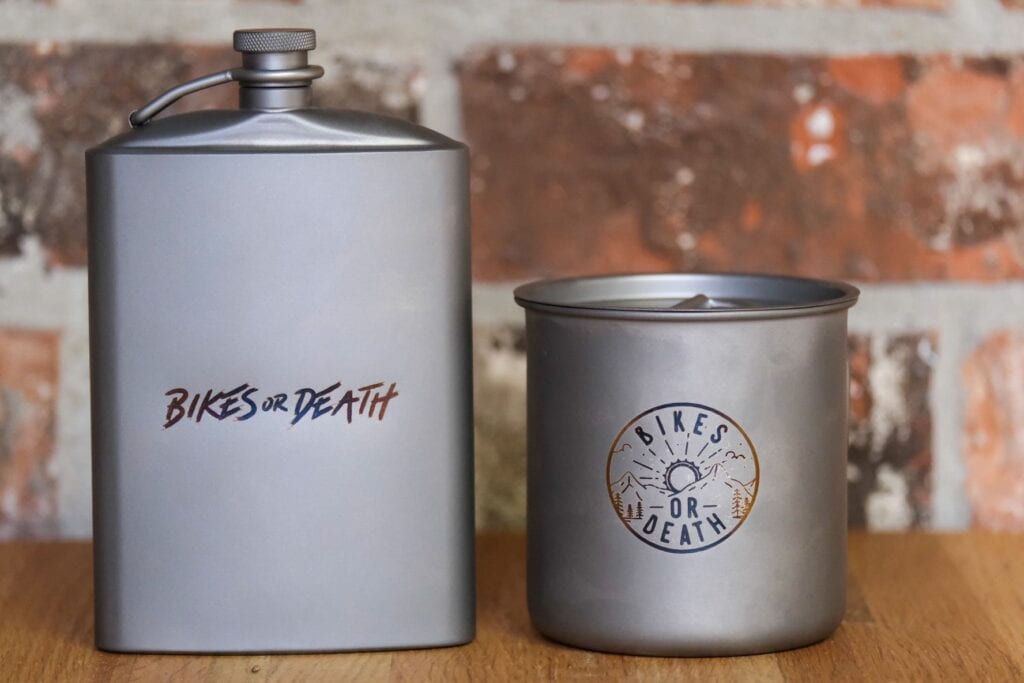 These were a very late edition to the lineup, but they came on the scene with a big splash. The Ti G'mornin Cup sold out in the first few hours, but there are a still a few of the Ti G'night Flask left if you need to upgrade your #whiskeyoutside experience. If you missed the first round of cups, don't fear, we'll be restocking soon-ish, and we may even have a couple more surprises up our sleeves.

Remember the 90's? They were rad and so is this shirt. The message on the back isn't revealed until you SWEAT for it! We've been having fun with this design concept. Expect to see more of these in the future. For now they come in Olive and Blue. 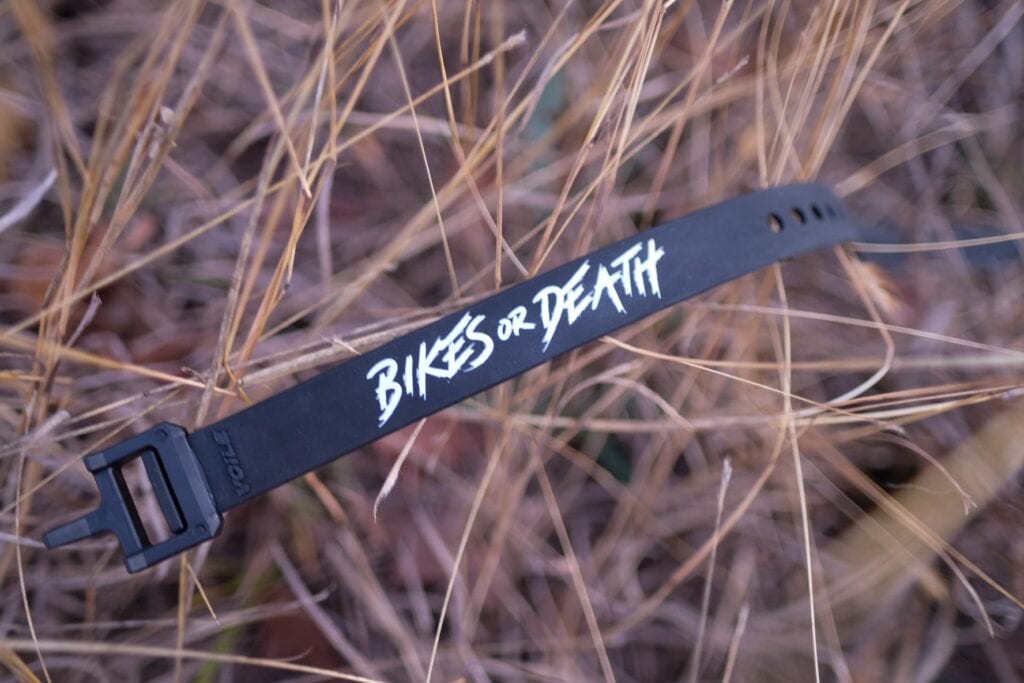 Voile Straps are the quintessential bikepacking "must-have" piece of gear. Their almost limitless in their usefulness. You could make an argument that all you need to be a bikepacker is a bike and a nice supply of BoD Voile Straps to attached you gear to your bike. You can order One, but you should probably get at least TWO.

Bikes or Death is a podcast centered around the growing sport of bikepacking, adventure cycling, and the outdoors. The show features the amazing people who participate in these activities and contribute so greatly to the cycling community. The Bikes or Death Podcast is dedicated to sharing the stories and experiences of these individuals with the hopes that it inspires others to get outside, get on their bikes, and experience what our natural world has waiting for them. At its heart Bikes or Death is more than just a podcast. Bikes or Death is a lifestyle. It’s the idea that a life without bikes is a life not worth living. Now go ride your damn bike!